One of the most neglected areas of knowledge in the modern church is that of the Martyrs. It seems that when we speak of the history of Christendom we omit the fact that the Roman Catholic Church during the middle ages murdered thousands of true Christians. I would not doubt for a minute this is intentional since so many of the so-called, self-appointed "Christian Leaders" of today are courting the Roman Church. Rome, right down to today, has been the outright enemy of true Christianity. I have made the background red because the blood of the Protestant Martyr flowed generously at the hand of the Roman tormentors. Rome has never backed down from her satanic desire to bring all religions under her despotic rule. Rome did not succeed in the middle ages and as long as there is one King James Version of the Bible around today, she will fail miserably again.

Many thanks go to the Protestant Alliance in Bedford, England for the articles contained herein keeping the blood of the martyrs forever before us, lest we forget and believe the modern traitors to Christ who court Rome. Here in Central New Jersey USA, there is a Christian? radio station with the call letters of WAWZ 99.1 FM which bowed the knee to the Pope and played a Roman Catholic program at 2:30 PM est on Sunday afternoon. It is a shame that there are true Christians in this area who supported this station, even while it was propagating Romish heresy and blatant false doctrine.

PLEASE FEEL FREE TO DOWNLOAD ANY ARTICLE YOU CHOOSE!

Unless otherwise noted the articles contained herein are from: 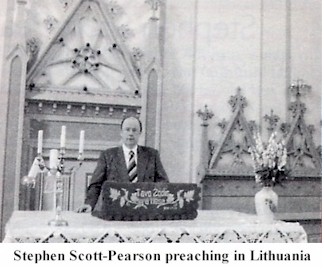 The Destruction of the Spanish Inquisition

Read what Your Christian Brothers and Sisters went through to contend for the faith.  After you read this, will you still think that Christianity is jumping up and down in a pew with your paperback NIV or desiring to hold hands with the Pope?